Photo: IUCN The IUCN Red List of Threatened Species? is the world's most comprehensive inventory of the global conservation status of plant and animal species. It uses a set of quantitative criteria to evaluate the extinction risk of thousands of species. These criteria are relevant to most species and all regions of the world. With its strong scientific base, the IUCN Red List is recognised as the most authoritative guide to the status of biological diversity.

What does IUCN mean by "threatened" ?

What does each category mean ?

In descending order of threat, the IUCN Red List threat categories are as follows:

On top of these official categories, Critically Endangered (Possibly Extinct) is sometimes used as well. This is not a new IUCN Red List Category, but is a flag developed to identify those Critically Endangered species that are in all probability already extinct but for which confirmation is required; for example, through more extensive surveys being carried out and failing to find any individuals.

Read more about the science behind the categories

The IUCN Red List assesses the conservation status of species at a global level, drawing on expert knowledge from around the world.

The IUCN Red List is used by institutional, business and community users such as:

IUCN Red List data are used for a variety of purposes:

A key indicator for the SDGs and Aichi Targets

The IUCN Red List Index is used by the Convention on Biological Diversity (CBD) to monitor progress towards achieving the Aichi Targets.

An essential resource for global, regional and thematic reports

UN bodies, academic institutions and civil society organisations rely on the IUCN Red List to inform a range of global, regional and thematic assessments and reports. Recent examples include the:

The IUCN Red List Index (RLI) provides a clearer view of real trends within different taxonomic groups, and for biodiversity as a whole.

Photo: The IUCN Red List of Threatened Species? The RLI is available for groups in which all species have been assessed at least twice. Currently, the Index is available for five groups : birds, mammals, amphibians, corals and cycads.

The RLI clearly demonstrates that the status of these five major groups continues to decline.

Read more about the science behind the assessments 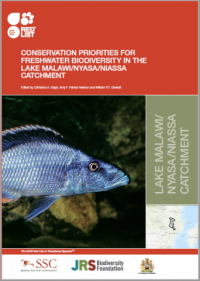 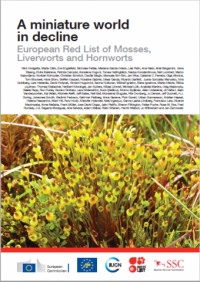